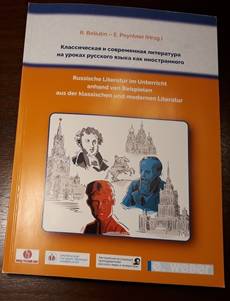 Science makes modern life modern, from plastics to antibiotics, from microchips to spaceships, from solar power to optical fiber. The true wonder of science lies in its capacity to solve problems that matter in our everyday lives. Scientists and mathematicians with the ingenuity to connect marvelously dissimilar spheres are the drivers of scientific innovation, producing solutions not only for the sake of science but also for the benefit of people and society.

That’s why with this project we want to challenge people to explore the world around them, seeing both its problems and its possibilities, and then to connect the two through science, creating eclectic new connections to comprehend, connect, and communicate across multiple contexts.

Vienna is the perfect place for this. It’s been a melting pot of culture and ideas throughout history. Rich cultural mix from across the world, this is what has brought enlightenment at some points, and can again.

A joint science and art project by the prominent British visual artist Kate Daudy, recognised for her work exploring the limits of language, and Nobel Prize winning scientist Professor Sir Konstantin Novoselov, examining and presenting to a wider public within the program of Vienna Contemporary 2019.

Sir Konstantin Novoselov is a Russian-British physicist, and Langworthy Professor in the School of Physics and Astronomy at the University of Manchester. His work on graphene with Andre Geim earned them the Nobel Prize in Physics in 2010. Novoselov is one of Directors of the National Graphene Institute. In 2014 Mr Novoselov was included in the list of the most highly cited researchers. He was also named among the 17 hottest researchers worldwide—"individuals who have published the greatest number of hot papers during 2012–2013". Novoselov is known for his interest in art. He practices in Chinese traditional drawing and has been involved in several projects on modern art. Thus, in February 2015 he combined forces with Cornelia Parker to create a display for the opening of the Whitworth Art Gallery. Parker's meteorite shower firework (pieces of meteorites loaded in firework) was launched by Novoselov breathing on graphene gas sensor (which changed the resistance of graphene due to doping by water vapour). He also participates in discussions on the relation between art and science. Novoselov believes that artists and scientists both rely on curiosity, willingness to learn and imagination.


Born in 1970, Kate Daudy is a British visual artist recognised for her work exploring the limits of language. Known for her written interventions in public and private spaces, Daudy’s work is based on an ancient Chinese literati practice of seeking to understand the universe through art and nature. She commonly uses wood or felt fabric to create her writings, as well as her more characteristic ink drawings. Her words reflect or contrast with the nature of the object she makes or chooses, and value what she writes on for what it might evoke or represent. Her work is presented in museums and private collections across the world. Her most recent large scale work has been a body of 400/500 written interventions across Europe, the Middle East and America, with the purpose of ambushing passers by with the idea that our life is what our thoughts and actions make it. This work in turn stemmed from an installation piece on the subject of home and identity - ‘Am I My Brother’s Keeper?’ She made this work from a lived-in refugee tent given to her by the UNHCR, speaking to refugees from nearly 60 countries about what could be learned from their experience from which the rest of the world could benefit for their life and future. The experience changed Daudy’s life, and she has since given the work to the UNHCR. It has been to some 20 places now, including Palermo during Manifesta, Brussels and Hull. It is now set for Hay Festival, Segovia in September (where Daudy will be in conversation with Vanessa Redgrave), Manchester Art Gallery in autumn 2018, and Saint Paul’s Cathedral, London in February 2019. The short film Odessa Rae made about this project with musician Moby has been seen by 3.5 million people or so.


“Artists and scientists both think outside the box. They've got to come with genius experiments or ideas to expose the most interesting phenomena. Later, they've got to diverge a little bit because scientists will start to look at the common elements between many of the phenomena to describe the most general law, and artists will probably try to study individuals rather than the crowd as a whole. But we're just two sides of the same medal.”

request the pleasure of your for the Science & Art connection talk with Nobel Prize winning scientist Professor Sir Konstantin Novoselov and
prominent British visual artist Kate Daudy, recognised for her work exploring the limits of language.

The event is free of charge. Access by invitation only